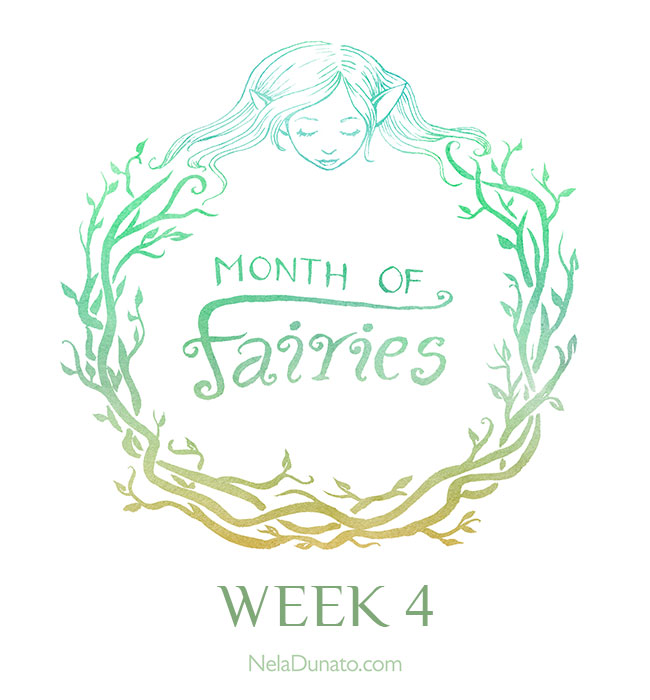 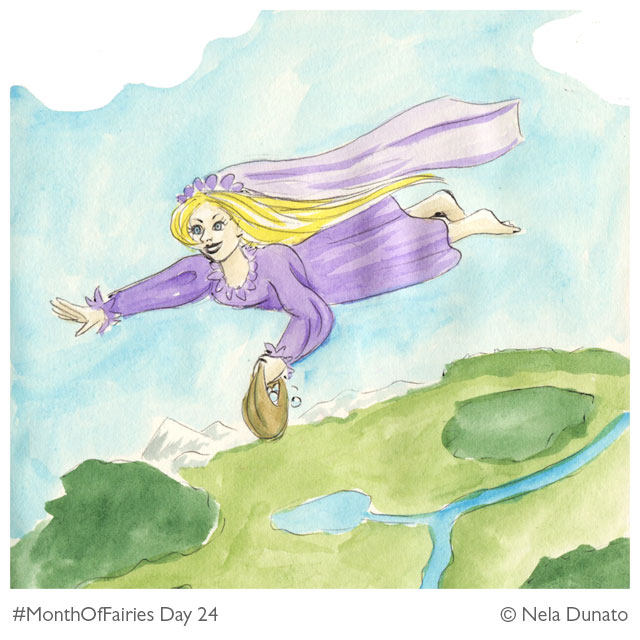 I really didn’t feel like doing it that day. It was such a chore. I decided to just go with it and create a quick sketch portraying Kosjenka, a character from a Croatian fairy tale written by our most famous fantasy author Ivana Brlić Mažuranić. 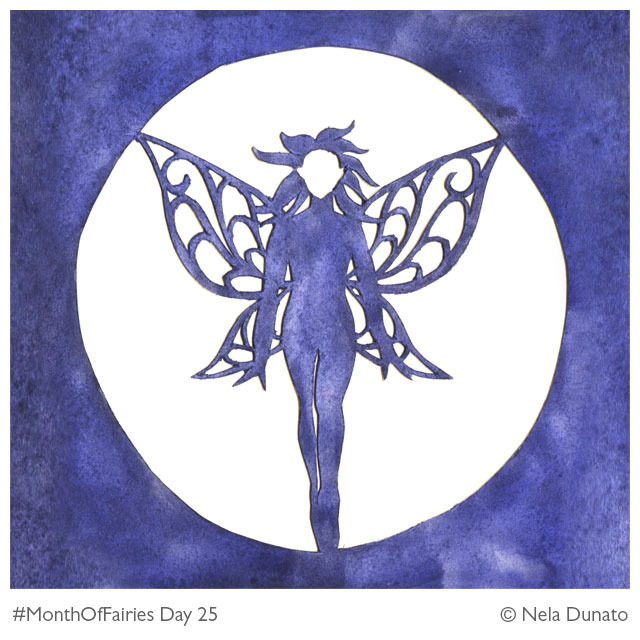 I named this one “Moon Fairy”. I decided to go for paper cutting again, this time in reverse — I painted the foreground (after cutting), and left the paper behind it white. 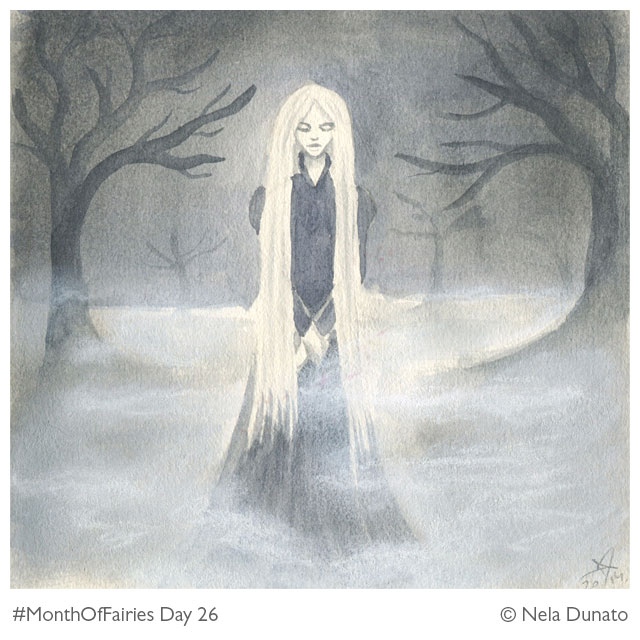 In winter, all of nature’s fairies are asleep inside the trees, in the roots, and deep in the waters. But one of them sleeps during the warm months, and rises with the cold. She looks after the world until her sisters awaken.

I made up the story about the winter fairy. I don’t think is likely that *all* the fairies just leave the nature unattended. 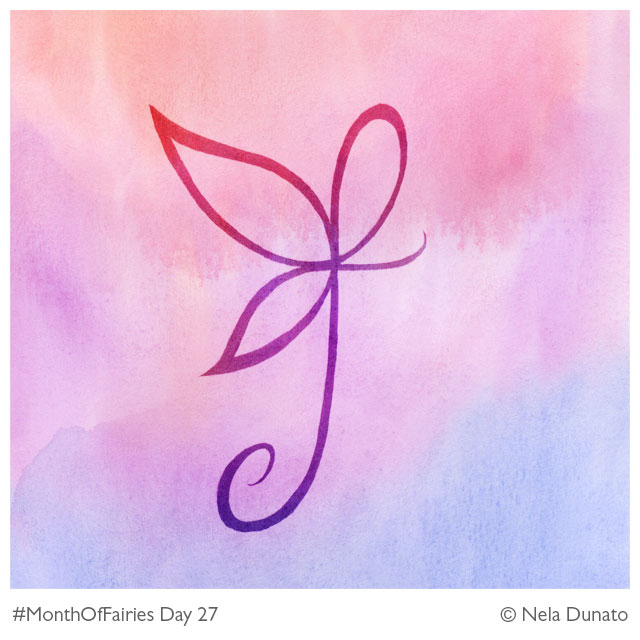 I didn’t feel like drawing anything, so I decided to “cheat” (even though, I never said all the fairies must be figurative…) I tried to create the letter F that looks like a fairy, and after a couple of unsuccessful sketches, I managed to do it. 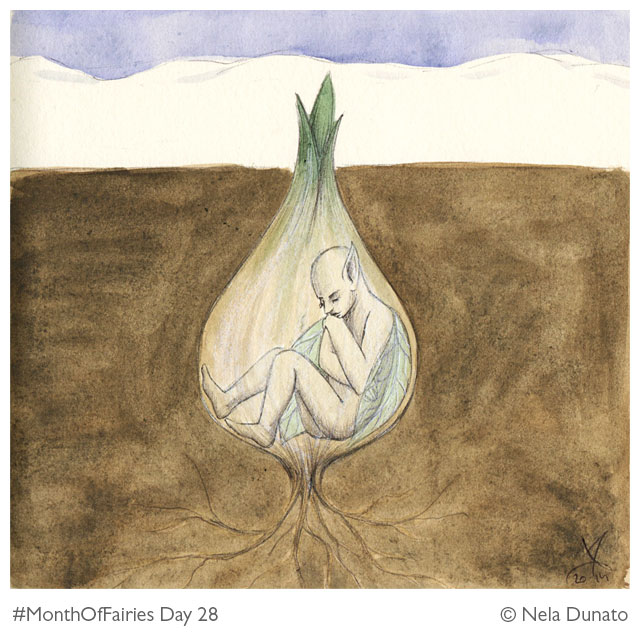 This one was inspired by the stories and illustrations in Zdensko Basic’s book “Tales of the Wind” about tiny fairies that sleep through the winter in the bulbs. The same fairies that were born from the flowers a few months earlier (see day 8). 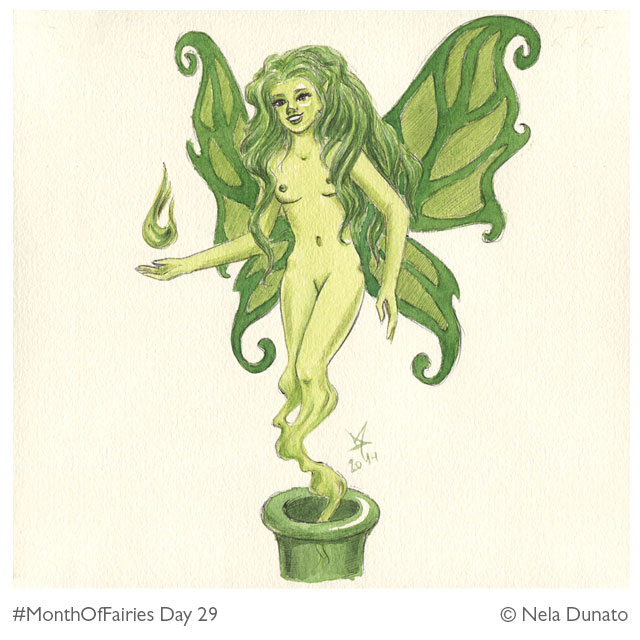 My friend reminded me that I haven’t done the green fairy yet, and I figured I should draw her. Especially given that so many of my artistic and literary idols have spent quite a bit of time under her spell… 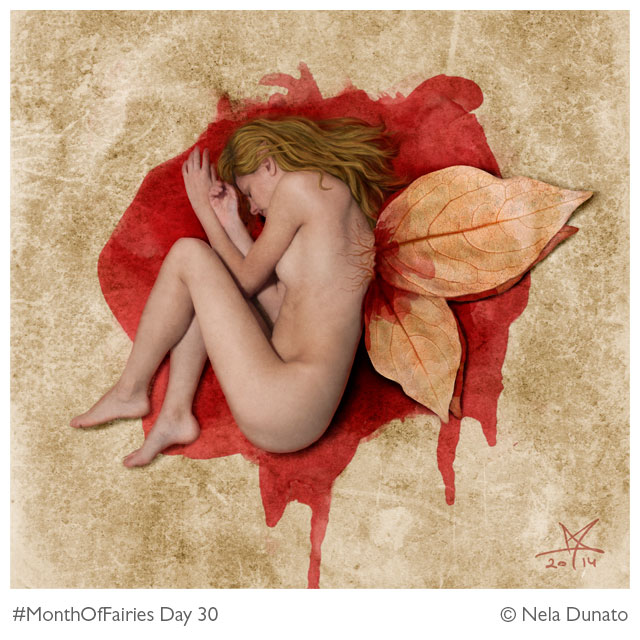 For my last day, I’ve decided to create the work I’ve had on my mind (and in my sketchbook) for quite a while. You can click on it to see a larger version in my gallery.

While this isn’t necessarily 100% true, I’ve noticed there’s a correlation between how often I post stuff on social media and how many new people stumble into my work and follow me.

The biggest effect was on Instagram, but I suspect it’s probably due to being a part of #ArtEveryDayMonth as well.

Facebook was a bit of an anomaly — I actually got more new “likes” in October, when I only posted once or twice. (More research required.)

Originally I didn’t intend to post daily on Facebook because I thought a lot of people would get fed up with me popping into their news feed so often. But when I asked this question on my page, enough of them said “Yes”, so I decided to do it.

As for people getting fed up, I wasn’t completely wrong — a total of 11 people “unliked” my page, but that was only a few people more than in October and September, so it would have probably happened anyway. My everyday posting only gave people more chance to decide whether they actually want to stay subscribed or not.

Before this project I was afraid of posting “too often”, but now I’ve seen how I’ve been worried for no good reason.

I wasn’t worried about not knowing what to draw (that’s rarely a problem for me), I was worried that I might get sick and tired of fairies.

While my enthusiasm was a variable during the course of a month, there was not a single moment when I thought “Oh Hell, I’d rather draw anything but fairies right now!” so that went pretty good. I doubt I would have lasted much longer than a month, though.

This was one of the unexpected lessons. Since most of my fairy art was created somewhere between 10PM and 3AM, I had a lot of trouble going to bed and rising early. I simply couldn’t do it. I am such a huge procrastinator and I’d always leave the fairy art for last, instead of doing it the first thing in the morning.

In any case, as I was pondering why I was having so much trouble going to bed when I planned I would, I had a realization that I wasn’t allowing myself to go to bed without accomplishing what I decided to accomplish that day.

I realized it during the Month Of Fairies because it was just so obvious: no sleep before I post my fairy drawing online, since that’s what I promised I was going to do. Not doing it was not an option.

But the pattern was completely unrelated to the project itself — it was, in fact, much older and deeper. So old and so deep I can’t even remember when it started.

And this pattern said “I can’t go to sleep before I complete what I set out to do today. If I don’t complete it, I’m a loser.”

This posits a bit of a problem when you throw procrastination into the mix, as I usually begin to work so late in the day, that the only way I’m able to complete things is to stay up until dawn.

I wasn’t able to make any progress on this yet, but I’ll experiment with going to bed early although I did not complete what I wanted, and do what I need to do to not feel like a loser.

The quality of my work varied, and I produced far less “finished work” than I hoped I would.

I didn’t have the luxury of censoring myself when I absolutely had to post a new artwork every day.

There were times when I really disliked my sketches. But I posted them anyway, because that’s how the project works.

I was living the “Just ship it” mantra and this process was so helpful in seeing that 1) even the “bad” art had its place in the overall story of my project, and 2) other people didn’t care which ones I liked, and which ones I didn’t — they had their own preferences, and sometimes they surprised me with a positive response to what I dubbed a “failure”.

Granted, I’d like to take a break from having to show sketches I don’t like to the whole world. There is a lot of value in keeping some things secret and working through them by yourself, but as an exercise, I’m actually glad I went past my comfort zone.

Thanks to everyone who’s been following my journey on Instagram, Twitter and Facebook — and of course, here on the blog! You’ve been such a great support, and I’m so grateful for your wonderful words.

If you still haven’t seen the other posts, here they are again:

Question for you: did you take on any creative marathon recently, NaNoWriMo, Inktober or Art Every Day Month perhaps? If not, what’s stopping you? 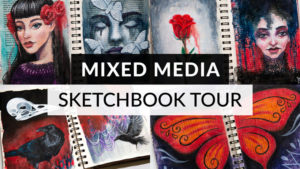 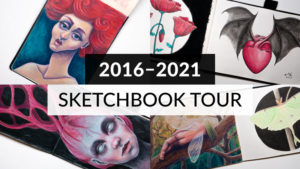